This entry was posted on Thu, April 29th, 2010. You can follow any responses to this entry through the RSS 2.0 feed. You can leave a response, or trackback from your own site.

IS THIS ENGLAND’S MOMENT? 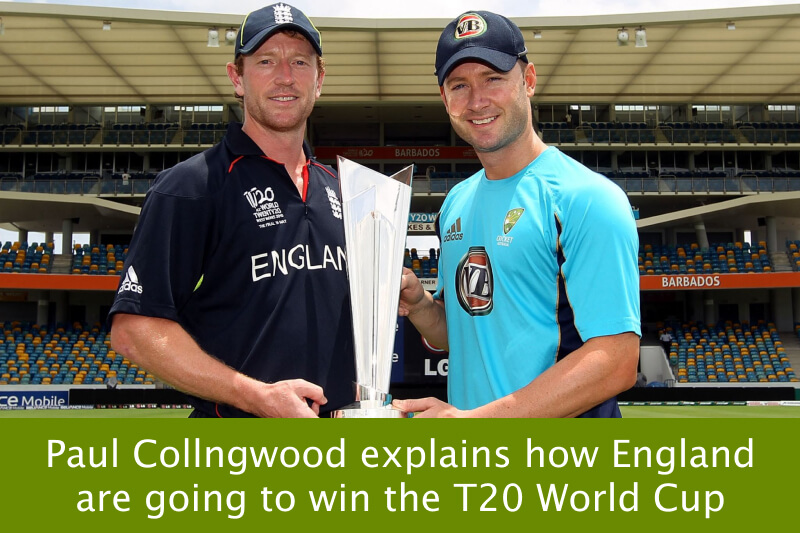 The young Middlesex protégé Eoin Morgan was asked the other day what secrets of Twenty20 cricket he had learnt from his experiences in the IPL. ‘To hit it out the park as often as possible,’ he replied matter of factly. While this is an admirably pragmatic aim, and one that he, with his brilliant eye and ample forearms is eminently capable of, the art of T20 cricket is a bit more complex than that.

The Indians have adapted to the format the best, with the bat at any rate, making them obvious favourites for the World twenty20 on the slow, sub-continent type pitches in the Caribbean. With much bowling likely to be on the slow side,their batting order is an ideal blend of resourcefulness and uninhibited power, even without (the unavailable) Sachin Tendulkar, or (the injured) Virender Sehwag whose twenty20 stats are not that impressive anyway.

Their chief run-makers are the adaptable left handers Gautem Gambir and Suresh Raina and the elegant Rohit Sharma. Raina, the leading run scorer in the IPL, is the only man to have topped 400 runs in all three tournaments. Nimble and strong, he has both a long and a short game, enabling him to work or chip spinners and medium pacers, and launch seamers spectacularly over long on or extra cover. His shots on both sides of the wicket seem laser-guided into space. Backed by the colossal striking of Yuvraj Singh and MS Dhoni – the fastest gun in the game – they have the ability to consistently exceed 9 an over, a par run-rate in T20 cricket.

The Indians tend not to indulge in too many fancy switch hits or scoop shots. Instead they step back onto their stumps, clear the front leg and hip out of the way and swipe mightily, transferring their weight forward from a solid, backfoot base to get maximum leverage. The arc of their bat swing belongs more to golf than cricket, with a full, over-the-shoulder follow-through, frequently catapulting the ball not merely over the ropes but onto the upper tier. Of other sides, the West Indies with the colossal power of Chris Gayle and Kieron Pollard to augment more wristy players, seem particularly well tooled.

Bowlers have to be strong mentally as well as physically to combat this sort of humiliating assault which sees even mishits fly for six. Traditional methods have to be jettisoned. After the opening few overs a good length ball is the worst possible delivery. It arrives at the perfect height to be deposited onto the stadium roof. In the second half of the innings the most effective bowlers are the ones who can mix toe crushing yorkers with an assortment of slower bouncers and deceptive changes of pace. Sri Lanka’s Lasith Malinga – whose ow trajectories yorkers are unerringly precise – and Dilhara Fernando are the best at the death.

Statistical analysis of the IPL has shown that the most effective bowlers in T20 – by strike rate and economy – are left arm seamers. Logically this will be because of their comparative rarity value, but also due to their different angle. Naturally slanting the ball across a right hander from left arm over, they are harder to hit on the preferred leg side. India have two good practitioners, Zaheer Khan and Ashish Nehra, and so do Australia – Mitchell Johnson and Dirk Nannes, something of a T20 specialist. Stuart Broad’s method of bowling outside off-stump from round the wicket is a right armers useful alternative.

The one other notable development in the IPL was an increasing trend to open the bowling with spinners. This, of course, is not new. New Zealand pioneered it in the 1992 World Cup. But it has been employed recently to counter the muscular types sent in first to flay the quick bowlers around. With no pace on the ball, they have had to be a little more creative, and the use of spinners with the new ball was the main reason both Adam Gilchrist and Matthew Hayden had a moderate IPL. With the best economy rate in the tournament, the tall off-spinner Ravichandra Ashwin – who regularly opened the bowling – was the victorious Chennai Super Kings’ stealth weapon. But he is not in India’s squad.

Captains have to think fast. An over costing 20 can change the course of a match, so sensing when an assault is imminent is vital. You don’t want a batsman lining a bowler up, so one or two over spells are the norm. All bowlers have to be ready at all times. There is no scope for looseners. Every ball counts.

England have as much variety in the bowling department as anyone, and at last have sufficient power and range in the batting to take the pressure off Kevin Pietersen and challenge the rest. It just could be their tournament.  Provided Morgan puts what he’s learnt into practice.