This entry was posted on Fri, April 23rd, 2010. You can follow any responses to this entry through the RSS 2.0 feed. You can leave a response, or trackback from your own site.

CHENNAI TO STEAL THE IPL LOOT 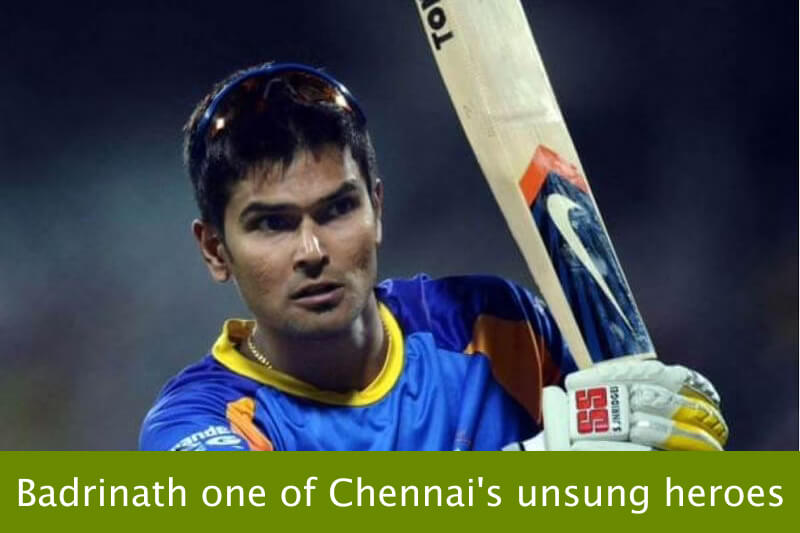 The final of the Indian Premier League is on Sunday at 4pm (UK time.) The match, between Mumbai Indians and Chennai Super Kings for a winning purse of $1.5m, pits the dexterity of the extraordinary Sachin Tendulkar against the brutality of the mercurial MS Dhoni. It encapsulates a tournament in which, in spite of the excessive hype, the unnecessary length and the rumours of financial irregularity, the cricket has actually been rather good.

Only one of the 56 group matches was a dead game (the last between Kolkata Knight Riders and Mumbai) and there have been many close finishes which is not always the case with Twenty20 games. Shane Warne conjured a miraculous victory from the jaws of defeat against the Deccan Chargers (three wickets fell in the final over with the Chargers needing 6 to win) before his Rajasthan Royals team faded from the running, there was an exciting super over denouement in the match between Chennai and Punjab, and numerous other tight run chases, rewarding the 500,000 or so people who have regularly tuned in on ITV4.

Pride of place must go Dhoni’s own victory assault last Sunday at Dharmasala. Requiring 52 off four overs for his side to clinch qualification for the semi finals, Dhoni, with a mixture of bludgeoning power and outrageous unorthodoxy, whittled the equation down to 16 off the last over bowled by Irfan Pathan. Still you would favour the fielding side. The outcome was every bit as dramatic as the ground’s impressive Himalayan backdrop. The first ball, an offstump yorker, was drilled wide of extra cover for four. The second, a slower ball, was skied towards long off who misfielded allowing Dhoni to scamper back for two. The third was on a length outside off. Laying back on his stumps, Dhoni swung mightily and sent the ball soaring spectacularly through the night and out of the ground over mid on. The hit was measured at 108m. That is comfortably over the Lord’s media centre and half way across the Nursery. A monster. He repeated the stroke next ball and victory was secured with two deliveries to spare. Not that long ago, a required runrate escalating beyond six an over was regarded as a serious problem. You can double that now and

Almost 600 sixes have been struck in the tournament which, with the advent of specially adapted bats and muscular physiques, has seen hitting taken to new levels. Reassuringly for the purists, however, the leading run scorers – Tendulkar and Jacques Kallis – are classicists who haven’t felt the need to corrupt their natural, test-match-honed method. Tendulkar’s tally of 563 runs, infact, contains only two sixes. He has prospered by hitting orthodox shots along the ground through the field. Placement has been his ally rather than power. With a number of re-used pitches, spinners have been the most successful bowlers along with a plethora of left arm seamers, although Lasith Malinga’s unerring accuracy with his low-slung yorkers remains a trump card for the Mumbai Indians in Sunday’s final.

The English contingent have had mixed experiences. Kevin Pietersen was mysteriously dropped by Bangalore after a match-winning innings in mid-tournament, and has been relatively quiet since regaining his place. Ravi Bopara was inconsistent in the discontented Punjab side and eventually lost his place. Paul Collingwood was batted too low in the Delhi Daredevils side and only made his impact felt once. The Hampshire left hander Michael Lumb was a measured success opening the innings for Rajasthan and looks to have some of the kickstart qualities that England have lacked since the retirement of Marcus Trescothick.

Overall, the bowling has been of moderate quality, but veteran test players thinking of winding down their careers with a few hefty paydays in the IPL, be warned: the abilities of Adam Gilchrist, Matthew Hayden and Shane Warne, all of whose cricket is now confined to the IPL, were mainly outgunned by younger, more virile Indians. It will be interesting to see if any of them fetch a decent price in the shake-up before next year’s competition.

So all roads lead to the Navi Mumbai stadium for Sunday’s climax for which India’s richest man Mukesh Ambani (Mumbai) will be securing the best medical assistance to ensure Sachin Tendulkar’s split webbing doesn’t prevent him playing. It should be a riveting finale, which the owner of Chennai, N. Srinivasan – a staunch opponent of the beleagured Lalit Modi – would take great delight in winning, thereby bringing down the curtain on Modi’s three years at the helm of the world’s fastest growing sports event.